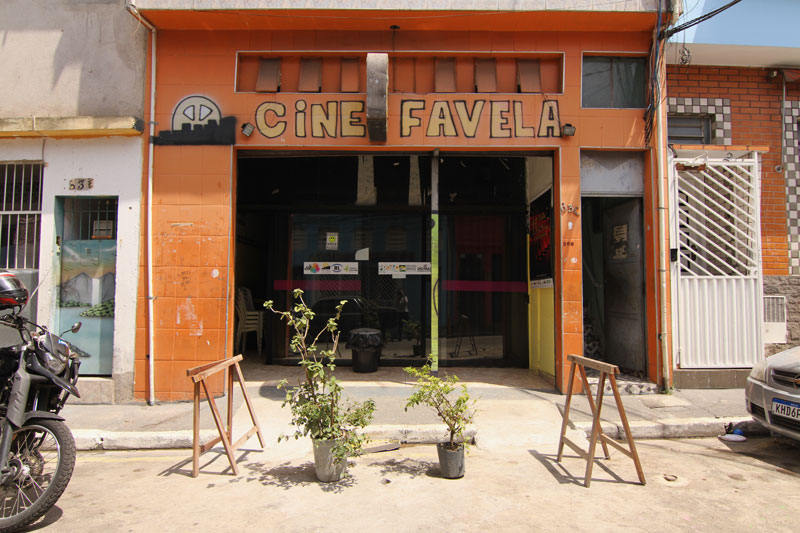 Façade of the Cine Favela 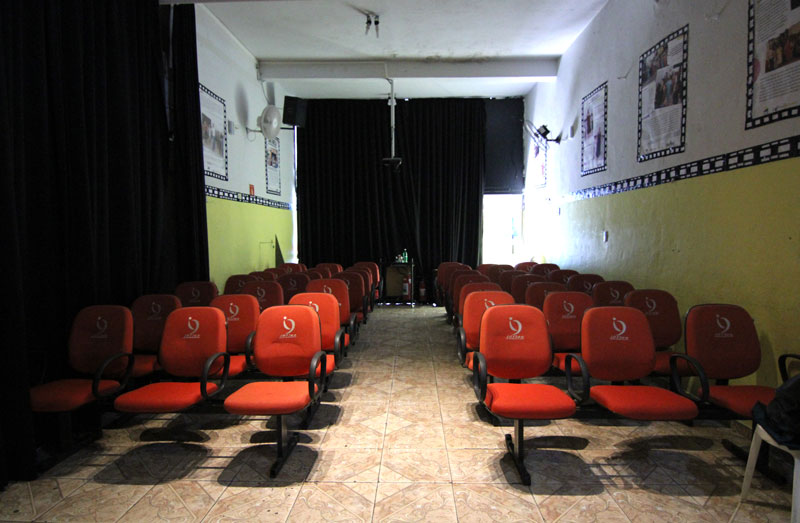 Interior of the cinema

Is there a movie on today? It is the most spoken sentence at the entrance of this modest space that, since 2004, has been producing and spreading the culture of cinema in the community of Heliópolis, the largest favela in the city of São Paulo. In early 2020, in a didactic activity with my students of the architecture course, the name of the street (do Pacificador, peacemaker in English) and the sign on the façade caught our attention: Cinema? Street cinemas are so scarce in São Paulo that a celebration is due when we find them.

We entered, and Reginaldo, one of the founders of the cinema, welcomed us, presented the space, and invited us back. This come back took time, but it happened after two years, a pandemic, and many difficulties for the community, which structured and organized themselves to face this period as a collective. The Cine Favela has resisted. It resumed his educational activities and the film sessions, and reminds me of the power that art has, regardless of its scale.

Want to know more? The tip is Cine Favela Film Festival, the largest event dedicated to peripheral cinema in the world and held for the first time in Heliópolis, in 2004. The event is responsible for the diffusion of the culture born in the peripheries and displays only productions carried out by NGOs, associations, collectives, students, and independent producers. 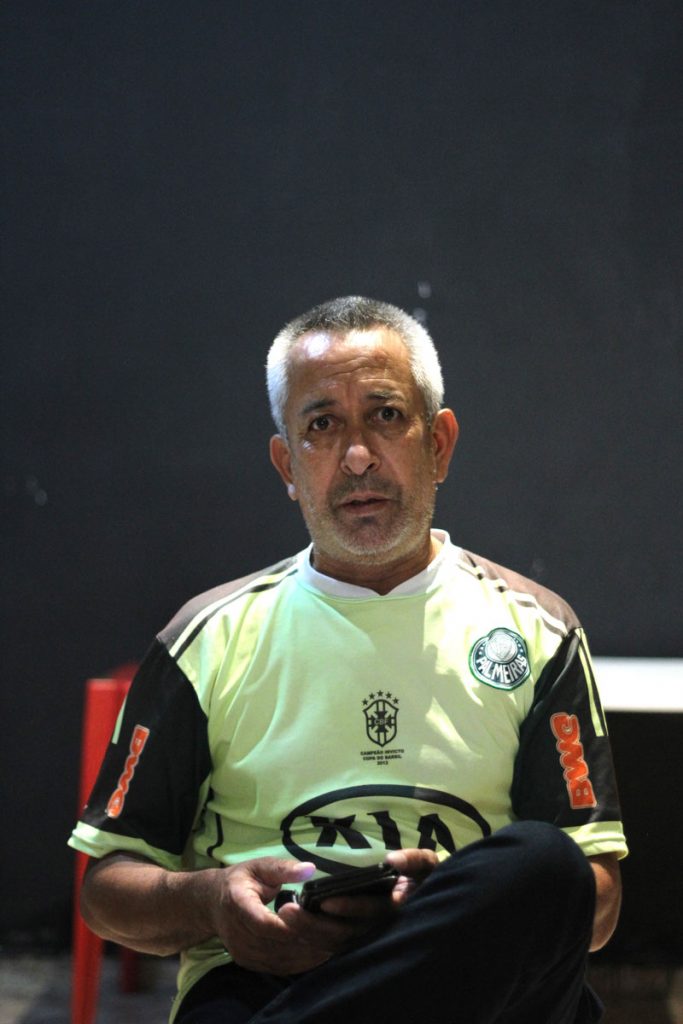 Reginaldo de Túlio, one of the founders of Cine Favela. 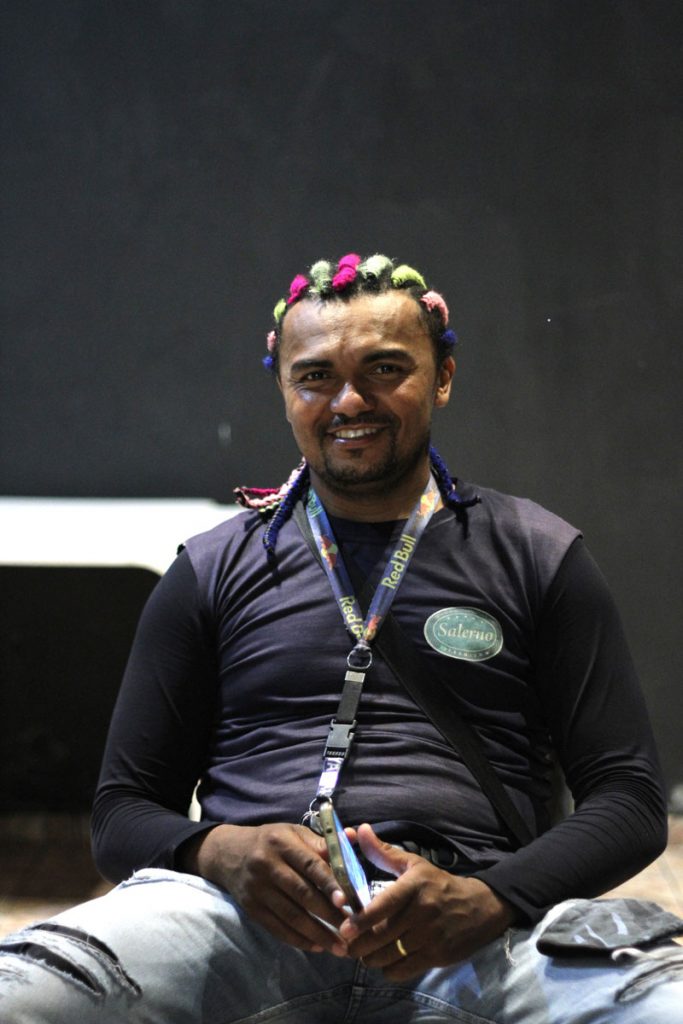 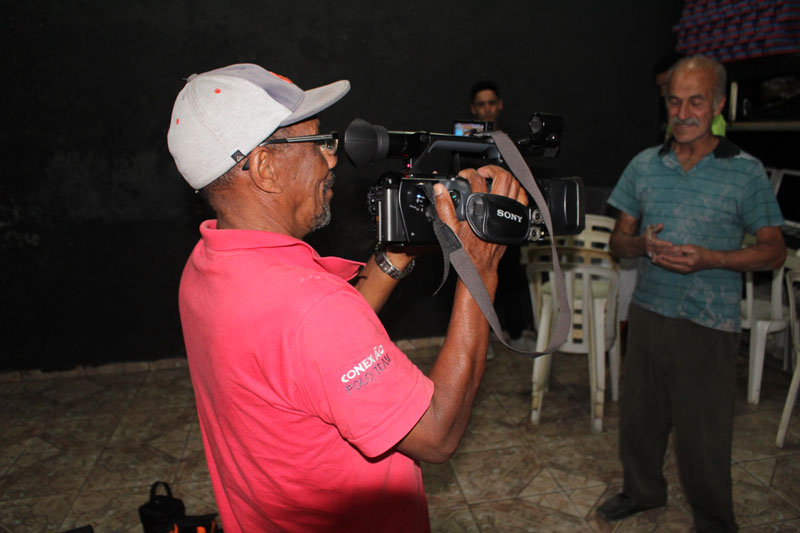 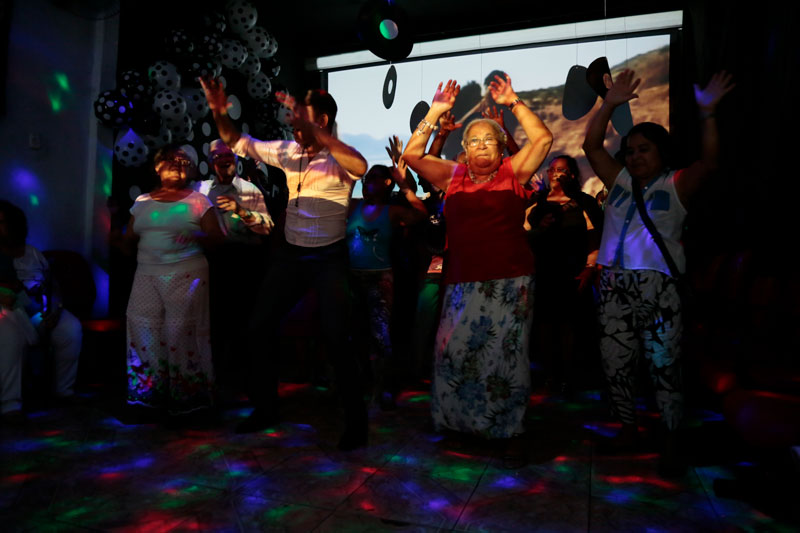