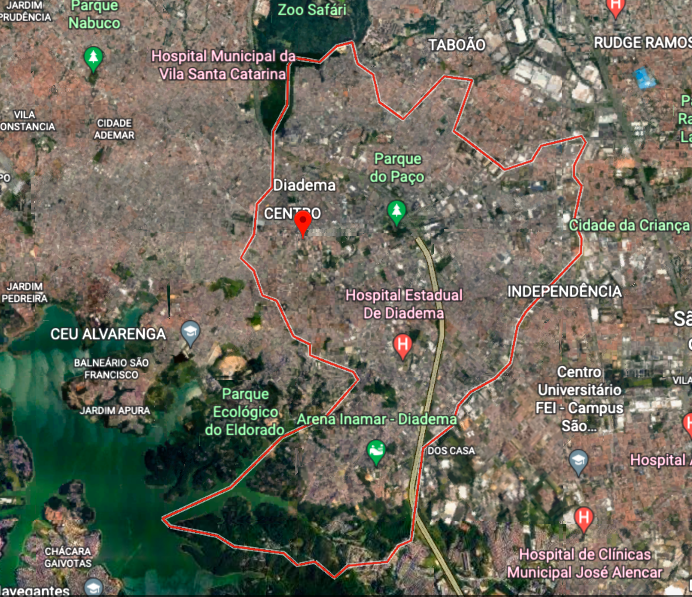 Diadema. Clipping from the map from Google Maps.

To think of Diadema only as a border city or even that is on the margins of São Paulo is to make a very common mistake to paulistanos, I myself for a long time recognized it as a place far away, a factory place; would this thought be a remnant of the Western academic formation that insists on the dual paradigm?

For a margin to exist, one must choose a center, and we must remember that the center is not a natural place, but a territory that needs to be occupied and that is constantly changing, from the perspective of the speaker, from the unique perspective of each individual.

I know Diadema, I worked there for two years commuting from the South Zone of Sao Paulo to the center of another city. It was one of the moments that I grew the most as a woman, I learned that Diadema is a radiating pole of black culture, innovation, and affection; it was this city that brought me closer to musicians, actors, actresses, educators, it was in this territory that I lived a strong passion for pan-Africanism, a place which settled on me and lives in me to this day.

I chose, in this letter, to look at Diadema beyond the official statistics, I wanted to share my affection for the city, but at the same time I feel I lack something to draw this cartography alone, so I suggest you access the work Cartografia Adè Oña, carried out by the Coletivo Diadenega, which has been acting in the territories of the city since 2014.