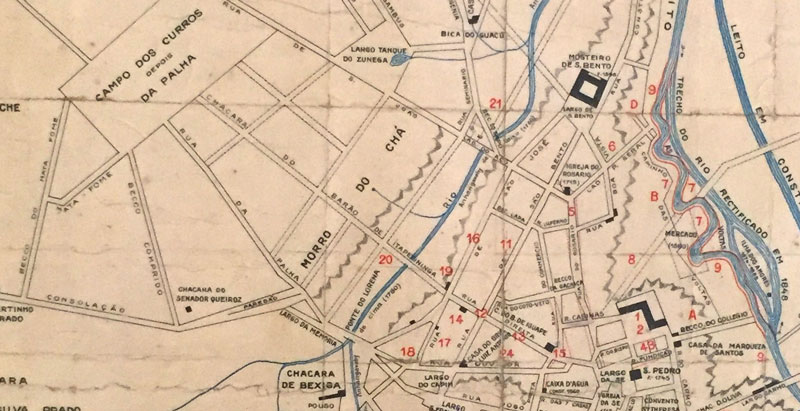 Until the middle of the 19th century, the region was known as Morro do Chá. There was located the tea farm of the Baron of Itapetininga. Considered one of the greatest capitalists and landowners of his time, he inherited the site from his cousin. He owned “32 rental houses in São Paulo, land and farms […] three farms […], an engine room, a mill and more than 200 enslaved people”.

In 1855, the region was delimited due to the construction of Rua Formosa. In the period, it also began to be occupied by tenements, where the poorest population lived (many freed men and women, therefore).

With the construction of the Municipal Theater in 1910, the tenements were demolished. The black population that lived there was then expelled.

In 1978, on the steps of the theater, “an act to confirm the creation of the unified black movement” was performed, significant in the anti-racist fight.

* Updated text, the original one is published in the Caderno de Campo do Coletivo Cartografia Negra. 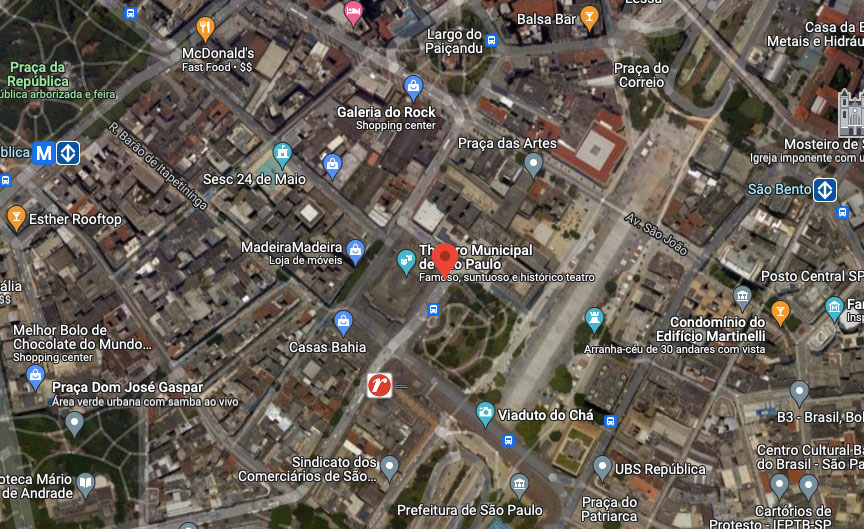