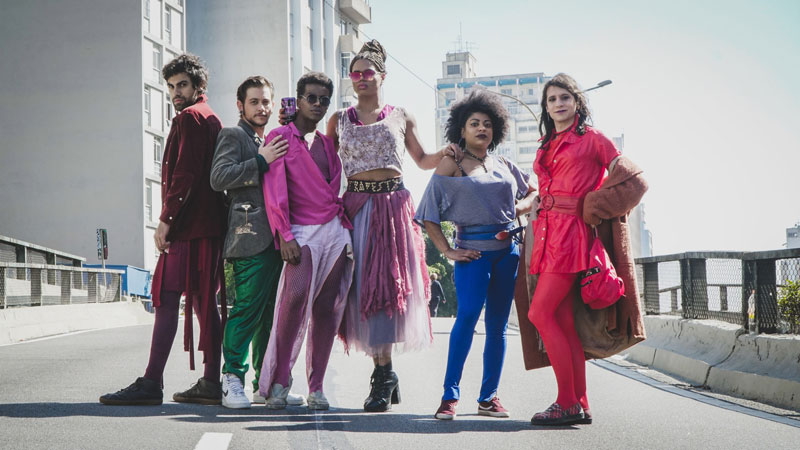 Para onde voam as feiticeiras (2020). Direction: Carla Caffé, Beto Amaral, Eliane Caffé. Length: 89 min. Para onde voam as feiticeiras follows the crossings of artists through the center of São Paulo in a cinematic experience that makes clear the persistence of gender and race prejudices in the common sense. At the center of this polyphonic narrative is the importance of political resistance through the alliances of fights common to LGBTQIA+ collectives, blacks, indigenous people, and homeless workers.

Ave Terrena Writer, poet, playwright, theater director, performer, and is part of the teaching staff of the Escola Livre de Teatro de Santo André as pedagogical coordinator. She has published the poetry book “Segunda Queda” and the plays “as 3 uiaras de SP city” and “O corpo que o rio levou”. She has staged seven plays, in São Paulo, Macapá and Porto. This year, he is publishing the play “As Mulheres dos Cabelos Prateados”.

Carla Caffé Graduated in architecture, she made Walter Salles’ “Central do Brasil” and Eliane Caffé’s “Era o Hotel Cambridge”. She signed the general direction of “Where the witches fly” with Eliane Caffé and Beto Amaral. Recognized for her interdisciplinary work between architecture and cinema, she teaches at the  Escola da Cidade and maintains a studio in São Paulo.

Thata Lopes Actress, model, producer, multi-artist with a focus on body performances. Performed at SP- Arte in 2018, acted in the film “Para onde voam as feiticeiras”. She was the producer of “Festival transversalidade”, a festival of only trans artists of the NGO Casa Chama, in which she currently plays the role of artistic production of the NGO.